Due to technical developments of the 21st century, Electric Vehicles have seen increased sales, owing to the companies and government subsidies on such vehicles, massive adoption has been achieved in the United States and Europe.

As of now, over 45 series production vehicles with highway capabilities are readily available in the market. Leaf, an early adopter of an all-electric vehicle, sold over 200,000 units worldwide.

In January 2019, the global sales record of selling 300,000 cars was achieved by Lear. Such incidences indicate that there will be more companies producing such types of electric vehicles, and even more demand.

However, the statistics don’t stop showing a positive indication of the electric vehicle industry.

Since 2008, the United States boasts the highest purchases of electric vehicles at 335,000 units.

Countries like Norway are not too far behind. With about four electric cars for every 1000 individuals, it has the highest market penetration per capita.

In 2014, it became the first country where one in every hundred vehicles was electric. It is estimated that by 2030, about 1/3 of car sales will be electric.

No wonder, it is essential to know what type of electric vehicles are available in the market and what we can do to adapt to them quickly.

The first thing to know is that almost all types of electric vehicles (EVs) use Lithium-ion Batteries.

With increased energy density, a higher working life, Lithium-ion batteries are the most practical components for efficient electric cars.

The classification is based on the way they source their energy and how they charge. Let’s take a look at all the three types of electric vehicles (EVs) in Detail.

Unlike Internal Combustion Engines, BEVs use electric motors and motor controllers for propulsion, because of which they have no internal combustion engine, fuel tank, or fuel cell.

The best part of BEVs is that they don’t release any harmful and poisonous gases that negatively affect the environment.

Moreover, an external source is used to charge these vehicles. The classification of such electric vehicles is based on the type of chargers they use.

The charging methods are classified into three levels, and the best is fast charging.

Level 1 EV chargers utilize a standard 120v outlet. It can take about 8 hours to charge and offer a range of 70-80 miles.

Most people using such vehicles charge from home or office — most cars in the market charge through level 1 chargers.

It takes about 4 hours to fully charge such types of electric vehicles (EVs) to a 75-80 mile range.

However, the market is inclining toward fast charging, which are level 3 chargers offered by high-end companies to their customers.

One can charge a vehicle to 70-80 mile range in about 30 minutes through a fast charger.

The best reasons to purchase a plug-in Hybrid electric vehicle please that the battery can be charged by both regenerative braking as well as plugging into an external source of electrical power.

What are the most significant benefits of plug-in cars compared to traditional vehicles with internal combustion engines is that the operating cost is lower and ten maintenance is also affordable.

Moreover, that produces little or no air pollution. With the help of plug-in charged components, dependency on Petroleum is highly reduced, and the Motors are much more efficient than that off ICEs.

As of December 2018, the most significant sales of plug-in electric vehicles were seen in China at 2.2 million cars moreover over 1 million electric passenger cars were sold in Europe in 2018.

Norway was the first country to have won in every ten passenger cars to be log in electric vehicles.

Several advantages to using PEVs. One of the most significant benefits is that it reduces Greenhouse gas emission coma improves air quality, reduces noise and helps in national security the center for American progress, PEVs are essential for maintaining the United States meet Paris agreement.

It also has a lower operating cost why internal combustion engines are inefficient because they have to convert onboard fuel energy to propulsion and most of the power is wasted as heat and rest are spent when the engine is idling.

It is astonishing to know that only 15% of the fuel energy is used in traditional engines and just 20% in diesel engines. In comparison to this, electrical engines can be efficient up to 80%.

All-electric and plug-in hybrid vehicles also have lower maintenance costs as compared to internal combustion vehicles, since electronic systems break down much less often than the mechanical systems in conventional vehicles,

and the fewer mechanical systems onboard last longer due to the better use of the electric engine. PEVs do not require oil changes and other routine maintenance checks.

A Hybrid electric vehicle can be powered with both gasoline and electricity. The car laundry system generates electrical energy and charges the battery.

The concept is known as written with you breaking renewable energy that has been converted to heat by the vehicle is used to slow the car.

The starter used in electric motor and then the gasoline motor is used only when load for increasing speed required.

An internal computer controls the two Motors, which helps in creating the best economy and fuel consumption.

Hybrid electric vehicles reduce idol auditions through the process of shutting down of engine idle and starting it when needed.

Innovative technology is known as a start-stop system. However, when the engine is not in use for the direct operating cycle, it can be used to run at maximum capacity can increase the fuel economy.

This technology has been used by Toyota Motor Company, which registered over 10 million Lexus sales by 2017.

Honda isn’t far behind with over 1.35 million car sales with Hybrid Electric Vehicle Technology. Toyota Prius sold over 4 million units as well in the United States.

However, this technology is not limited to cars. HEVs are used by motorcycles, automobile and light trucks, high-performance vehicles, taxis, buses, military vehicles, locomotives, marine, and other aquatic, and aircraft.

Electric vehicles are these days, and advancement in technology and the increased level of concerns regarding controlling pollution has made it the probable future of mobile mobility.

The electric motor is a replacement for internal combustion engines which makes it stand apart from traditional vehicles.

There has been rapid development regarding how we can Power Electronics and how we can control them using various types of electric motors.

There are multiple types of electric motors, some of which are described below.

Types of Electric Vehicles in India 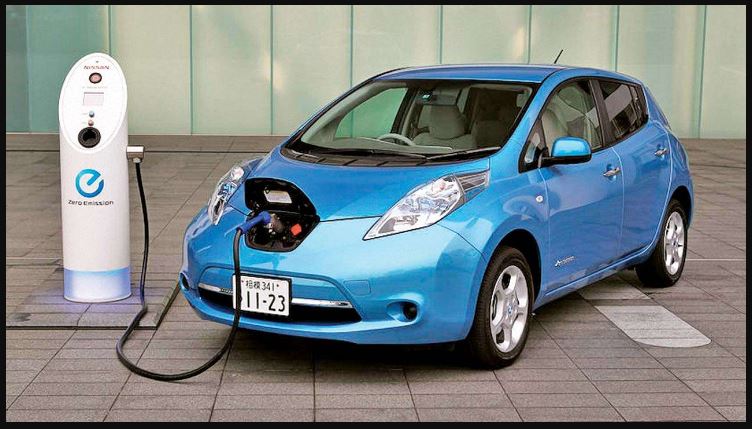 The Indian electric vehicle industry is going leaps and bounds which can add up to 2 lakh crores Tu economy by 2030.

Opportunity awaits Indian business which can benefit from manufacturing and promoting electric vehicles in the country.

The Space Agency, ISRO has been testing solar power hybrid cars with a solar panel installation on the top while the design has been rated awful, there are potential opportunities for mass production through cost reduction.

As of now, Hyundai Kona electric offers the highest range of 452 kilometers in a single charge.

Apart from cars, India also has scooter manufacturers who have gone electric and offer a wide variety of models to consumers.

India also has Electric buses in Bangalore. Companies like Ashok Leyland, Tata Motors, goldstone Infratech, and many others have come forward to offer electric bus Technology to India.

Motor vehicle bill was passed in Parliament of India in 2015, which help in establishing battery-powered rickshaws to offer affordable and pollution-free transport.

Small size and small talking videos e-rickshaws have been a standard mode of transportation in cities like Delhi NCR and other similar areas.

India has been looking forward to cleaning mobility due to various reasons stop improvement in air quality, and reducing the dependency on fossil fuel-based economy are important factors for the search initiative.

India can become a global provider for energy-efficient and cleaner solutions to mobility which can be scalable and affordable at the same time.

Types of Electric Vehicles in the USA 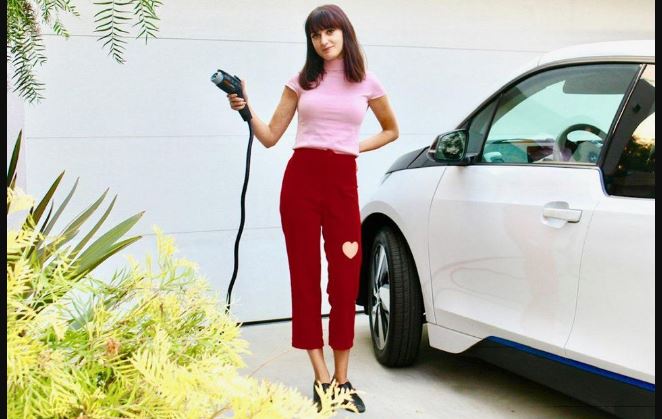 American Federal government support for electric vehicles in the United States. 1 million sales in that in 2018 it is proof that plug-in electric vehicles industrial boom in the coming years America has about 25% of the Global plug-in ka stock as of 2017. Moreover, it has the world’s third-largest share with electric cars after China and Europe.

As of March 2019 coma, Tesla model 3 is all-time best selling looking for cars with over 154000 units in sales. Tesla Model S was the best selling green car in the US for more than three decades.

To aid the sales of plucking cars, the government offered a federal tax credit of up to 50% of the cost to buy and install a home-based charging-station with a maximum credit of up to $2000.

As per the result published by the Automotive science group in 2014 study accept the life cycle of over 1300 automobiles cross nine categories sold in North America, only the smallest life cycle environment footprint of any model your 2014.

Types of Electric Vehicles in Europe

Plug-in electric vehicles have been widely used in Europe and are actively supported by the European Union.

Norway is the country that registered the largest per capita ownership worldwide. Norway totaled about 296000 electric vehicles which consisted of about 200,000 passenger cars and vans, making it the country with the largest stock of plug-in cars in the world.

For three consecutive years, Norway registered the highest selling of plug-in cars from 2015 to 2018. While the electric vehicle segment was about 29% in 2016, it achieved a high of 49% of all new passenger vehicles.

In the United Kingdom, over 212,000 plugin vehicles were sold. The promotion and adoption are actively supported by the government, by offering grants and schemes. Over 176,000 cars benefited from the schemes by Government.

France has become one of the largest markets for light-duty electric commercial vehicles. Almost half of the vans sold in the European Union are sold in France, due to a scheme embraced by the French Government.

Types of Electric Vehicles in Germany 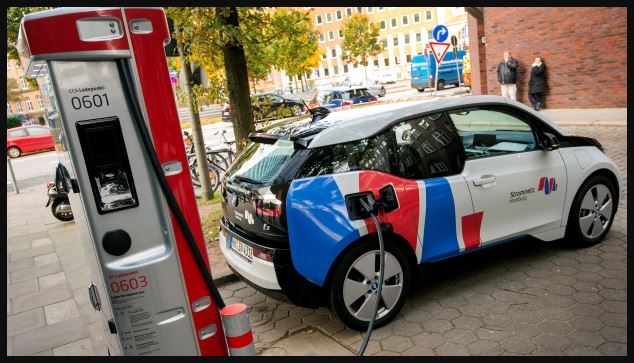 The surge in sales that took place in 2017 allowed Germany to rank as Europe’s second best selling market that year, and the country moved ahead of French and the British markets for the first time ever. Again in 2018, Germany ranked second after Norway.